The Complete Guide to Bladeless LASIK 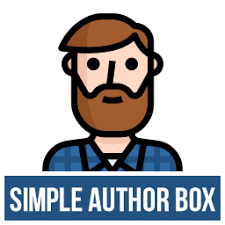 As per UN data, Myopia (nearsightedness) in young Indians will be a major cause of concern by 2050 (Source). Wearing spectacles or contact lenses that clear your vision is a must when you witness any eye vision problems.

However, maintenance of spectacles and contact lenses can be a hectic job. So how do you get rid of this mundane yet difficult task? Well, people in the age group 18 – 55 looking to pursue a spectacle-free (or contact-lens-free) life can opt for a refractive eye surgery called LASIK.

The field of eye surgery has witnessed several significant advancements in the past few years, and bladeless eye surgery is considered to be one such evolution. Angst due to eye surgeries can be permanently parked aside with Bladeless LASIK surgery - the most advanced form of eye surgery.

In this blog, we deep dive into this medical advancement called Bladeless LASIK surgery.

What is Bladeless LASIK Surgery?

In bladeless LASIK surgery, two types of lasers are used by the surgeon to correct the vision. The entire procedure includes the following steps:

Creation of the flap

A thin flap is created in the cornea using the ultra-fast Femtosecond laser. The wavelength of the Femtosecond laser is 1053 nm, and it moves a billion times faster than a blink of the eye.

Due to its ultra-fast speed, the chances of thermal damage are very less thus making the Femtosecond laser an ideal tool for eye surgery.

The flap is then lifted to access the cornea underneath for the application of the laser.

The excimer laser of wavelength 193 nm is used to reshape the cornea. A calculated amount of tissue is removed from the cornea based on the patient’s refractive error.

After reshaping the cornea, the flap created in the first step is repositioned back in a way that there are no bubbles or debris.

Did you know that the entire process of Bladeless LASIK is completed in less than half an hour!

Bladeless LASIK surgery differs from the Blade LASIK (or Microkeratome surgery) in the first step (i.e. creation of flap), where a Femtosecond laser is used instead of a blade.

Here are the major benefits of bladeless LASIK surgery:

Does that mean that Bladeless LASIK is free from side effects? Most of the time, bladeless LASIK has proven to be a very safe option. Complications, though rare, can occur.

Side effects of Bladeless LASIK

Halo and glare are some of the possible bladeless LASIK side effects. These side effects mostly peak between 3 – 12 months after the surgery and gradually reduce over time.

To summarize, bladeless LASIK is a vision correction surgery that is highly safe and accurate compared to Microkeratome surgery (or Blade LASIK). It is advisable to opt for eye hospitals that offer the best LASIK surgery in India.

Centre for Sight is one of the best eye hospitals in India, with state-of-the-art facilities and doctors specialized in performing LASIK eye surgery. At CFS, Femtosecond laser is the preferred procedure, making the eye hospital a preferred choice for vision correction through bladeless LASIK surgery.